SaigonDance marked its 10 years ceremony with a memorable night of the show “10 years of Saigon and Dance” that has received tons of compliments, as well as a milestone of owning 10 practice rooms of 2 centers in District 3 and Go Vap. Over 10 years of development, SaigonDance has truly marked its position as one of the leading dance school and event-organizing company in Ho Chi Minh City, with hundreds of thousands of courses, spread over Twenty subjects, under the guidance of nearly 50 teachers with the collaboration of hundreds of actors, artists, event organizers.

SaigonDance classes open from 6.30 am and only drop music at 10 pm. SaigonDance’s dancers roam on every stage in Vietnam and neighboring countries. The image of SaigonDance often appears on the mass media and most importantly, the top name in the heart of Vietnamese dance lovers. With the relentless efforts of the whole team, SaigonDance is lucky to accompany dance lovers everywhere.

I/ THE PROCESS OF FORMATION AND DEVELOPMENT:

SaigonDance was formerly known as SaigonBellydance, was born from a very fortuitous situation. Ms. Tran Thi Kim Ngan, in November 2017, she opened the first dance class just for free, the purpose is for communicating and making new friends. Gradually, due to her love of dance and wishing to perform a professional dance, she has transformed into a formal and professional business.

SaigonBellydance – The first Belly Dance Club in Ho Chi Minh City, was established in November 2008, with the main activity OF belly dance – a healthy entertainment art. Ms. Kim Ngan has brought a fresh atmosphere, full of vitality to Saigonese at that time.

With many success, SaigonBellydance did not stop at belly dance but under the pressure of students who love SaigonBellydance, the center quickly organized other courses such as Sexy dance, Jazz-funk, Poledance, Chairdance, Yoga… 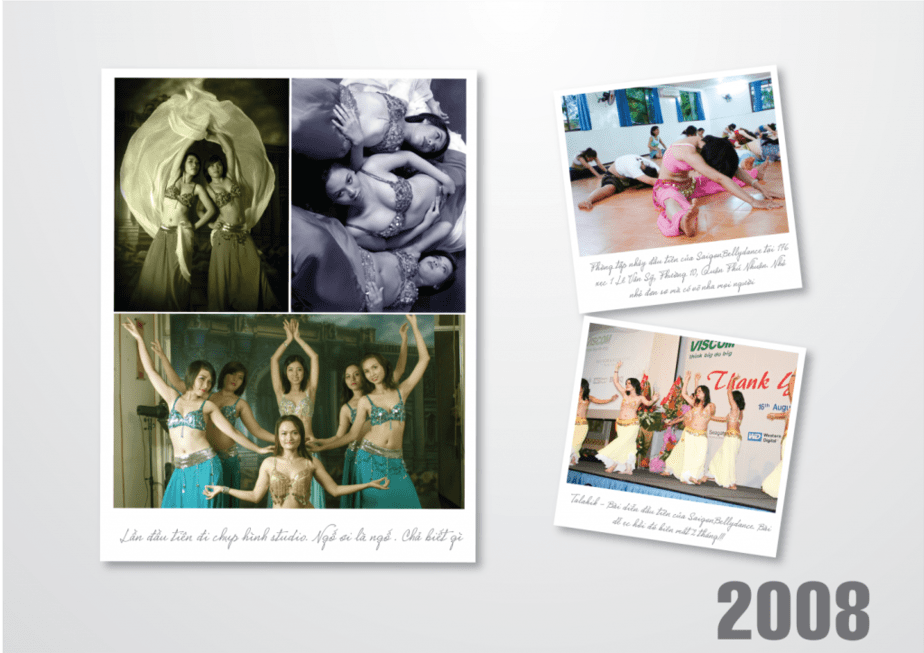 In 2012, SaigonBellydance officially transformed to SaigonDance, deployed more subjects, and officially became an entertainment dance center with a professional organization. Since then, SaigonDance has achieved many outstanding achievements, organized many big programs with a great reputation in the country and the region, many students won high prizes in talent competitions …

2. PROCESS OF ESTABLISHMENT, OPERATION, AND DEVELOPMENT OF THE COMPANY:

• November 2007: held the first class for free at TecaPro.

• December 2009: Successfully organized Little Cairo concert at Sky3 No. 35 Nguyen Thi Dieu with the participation of many students, actors, and international guests.

Since then, SaigonDance has been active with annual activities, creating a healthy environment for fans 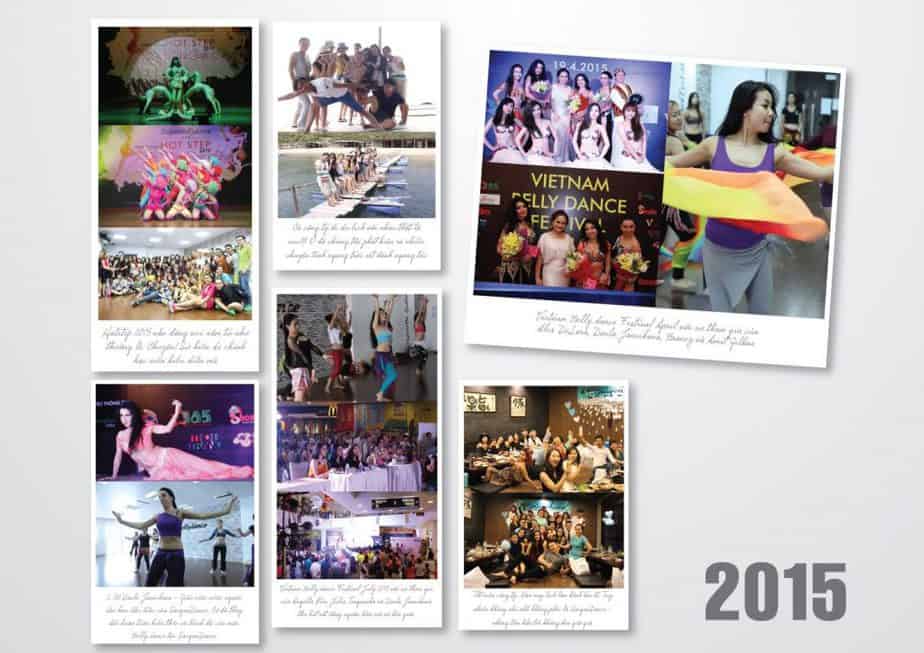 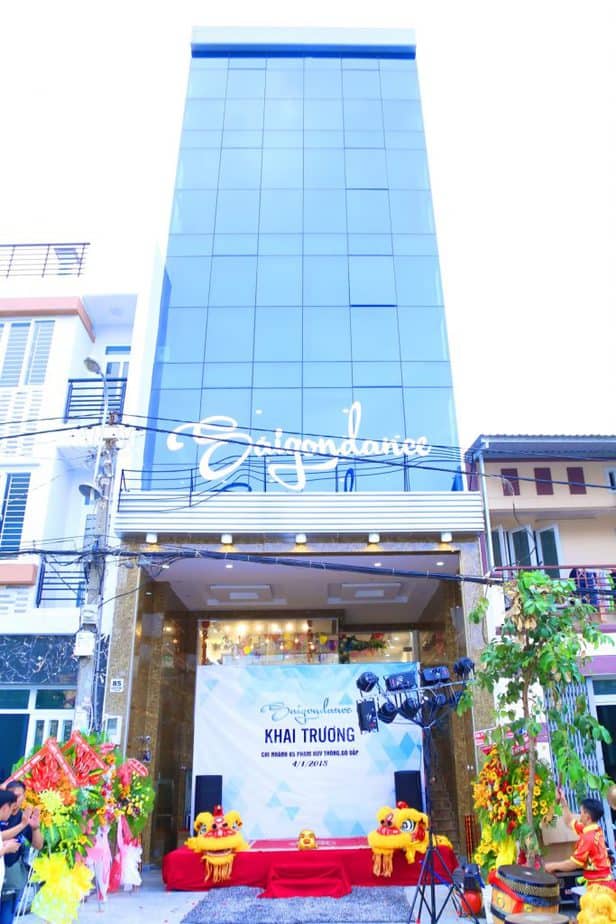 • Over the years, our school has trained over 300,000 students, with more than 10,000 different courses. In addition to entertainment training, Saigondance also provides intensive training on many levels, from basic, intermediate, advanced, and specially trained professional actors and coaches.

• SaigonDance currently has 2 facilities in Ho Chi Minh City including 10 spacious rooms. Each training room is fully equipped with necessary equipment such as speakers, lighting, air-conditioners, etc. and design a suitable space for each subject. At each center, there is a reception service from 7 am to 22 pm every day, with a comfortable reception area.

Thanks to the original activities of dancing training, SaigonDance easily deployed other business items:

• In particular, Event Organizing is a strong service of SaigonDance, based on 10-year experience of organizing internal events for SaigonDance. SaigonDance’s event organizing service is especially trusted by customers because of its ability to organize professionally and creatively.

The event “10 years of Saigon and Dance” – is an event about SaigonDance’s formation and development process that is uniquely expressed through dance language with its own unique storytelling.

SaigonBellydance’s human resources team is divided into 4 main groups, each group focuses on its own business. The team of artists is trained in specialized skills. Teachers are trained in skills, pedagogy, and culture to communicate with students. The customer care team is always listening and fulfilling the needs of students. The event organizing team is very professional and experienced.

SaigonDance now gathers nearly 50 domestic and foreign teachers. Headed by Ms. Tran Thi Kim Ngan. She is the first Vietnamese to receive an international coach’s certificate of bellydance through the Winter Intensive course- conducted by prestigious organization Ahlan wa Sahlan in Cairo-Egypt. After 10 years of operation, the school has cooperated with foreign teachers to teach at SaigonDance both long term and short term;

• Ms. Sabrina, an American professional dancer with 12 years of experience

And many other teachers.

Each teacher is trained based on each individual’s strengths, plus rigorous training to build their own styles. A large staff of teachers, including many levels and different styles, have created collective strength to meet most of the students’ needs. However, the only common point among teachers is to gain the trust and love of students. 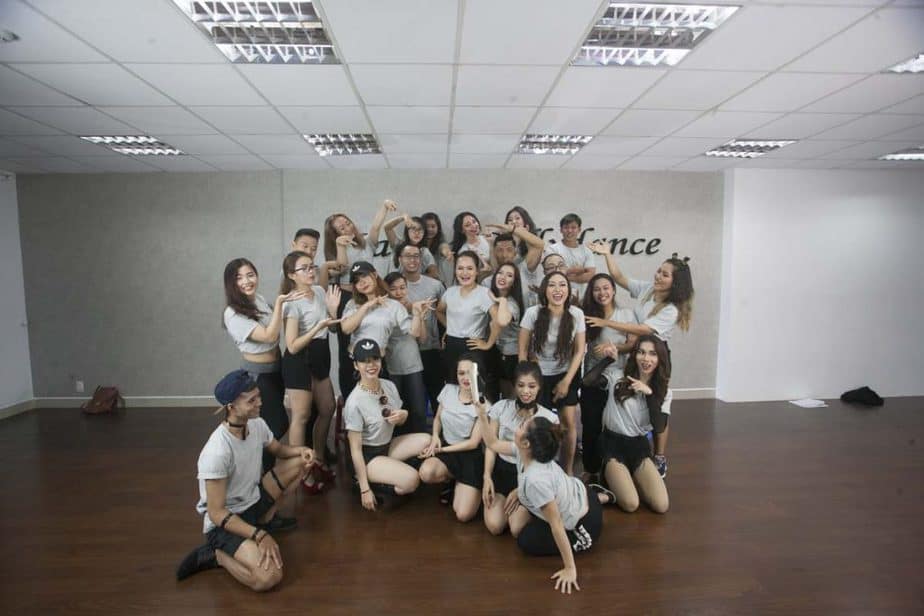 III / Some pictures and information about SaigonDance

10 years of Saigon and Dance